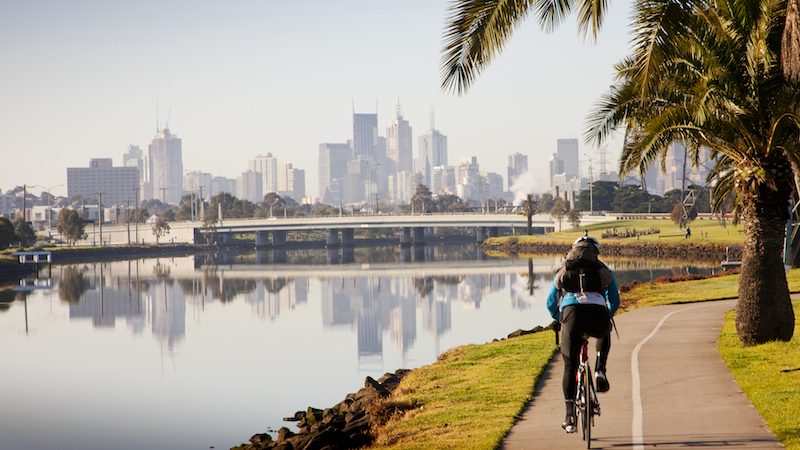 The Ride: Mostly flat with some hills around Kensington, a mix of bike paths and roads with bike lane

This route takes you to Melbourne's '2nd' river, the Maribyrnong. With bike paths and parks running along the river, the Maribyrnong is just as worthy as the Yarra when it comes to bike-ability. On this ride you'll take in great city views at Footscray Park, see the famous Flemington Racecourse and check out the peaceful, tree-lined inner city suburb of Kensington.

Melbourne's newest suburb is a biking haven, with bike paths running from the Yarra River to Footscray Rd. The modern Library at the Dock is one of five public libraries in the City of Melbourne and is worth checking out - even if it's just for the free wifi. You'll find it at the end of Collins St. at Victoria Harbour. 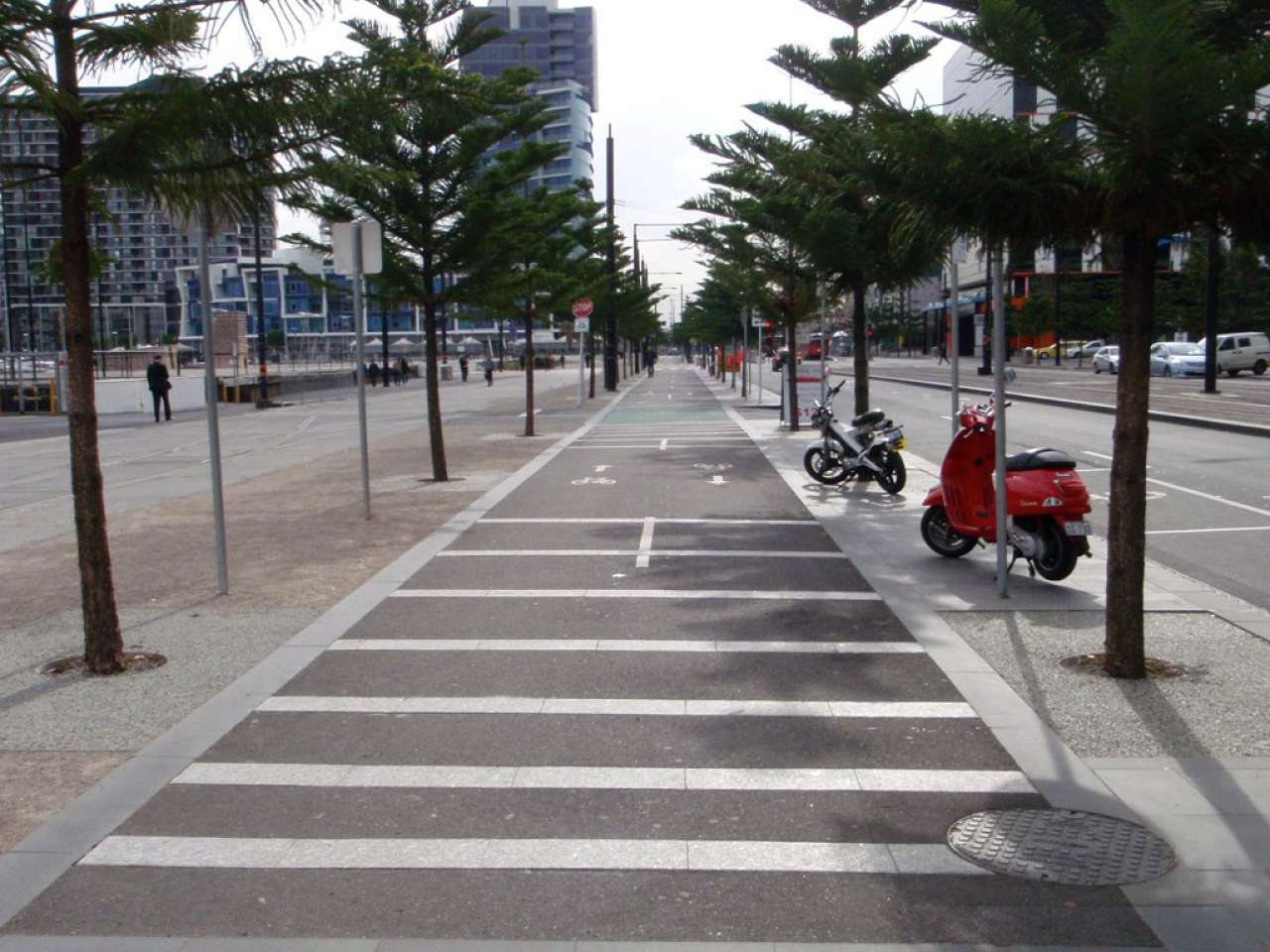 After riding along Footscray Rd you'll probably work up a little hunger. And there's a couple of places we recommend you go! Footscray is a suburb rich in culture, many cultures actually. At Nhu Lan Bakery (116 Hopkins St, opposite Footscray Market), for only $5 you'll find some of the best Vietnamese Bahn Mi in Melbourne. Just down the street is T. Cavallaro & Sons, an Italian pastry shop who are famous for their Cannoli. Don't be fooled by her looks, Footscray is a cultural melting pot you don't want to miss. 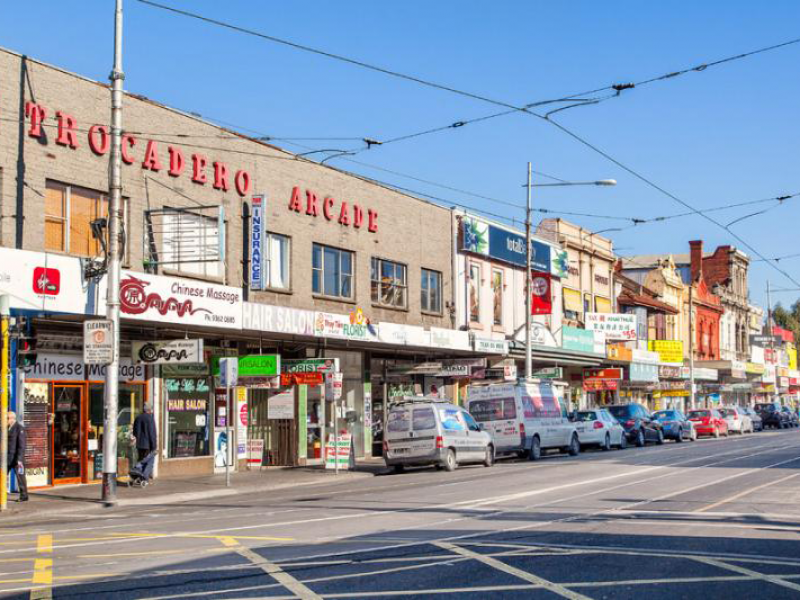 The Maribyrnong River flows through north western Melbourne; though suburbs like Essendon, Ascot Vale and Footscray before meeting with the Yarra and ending at Port Philip Bay. The river's name is derived from an aboriginal word meaning 'salt water river'. 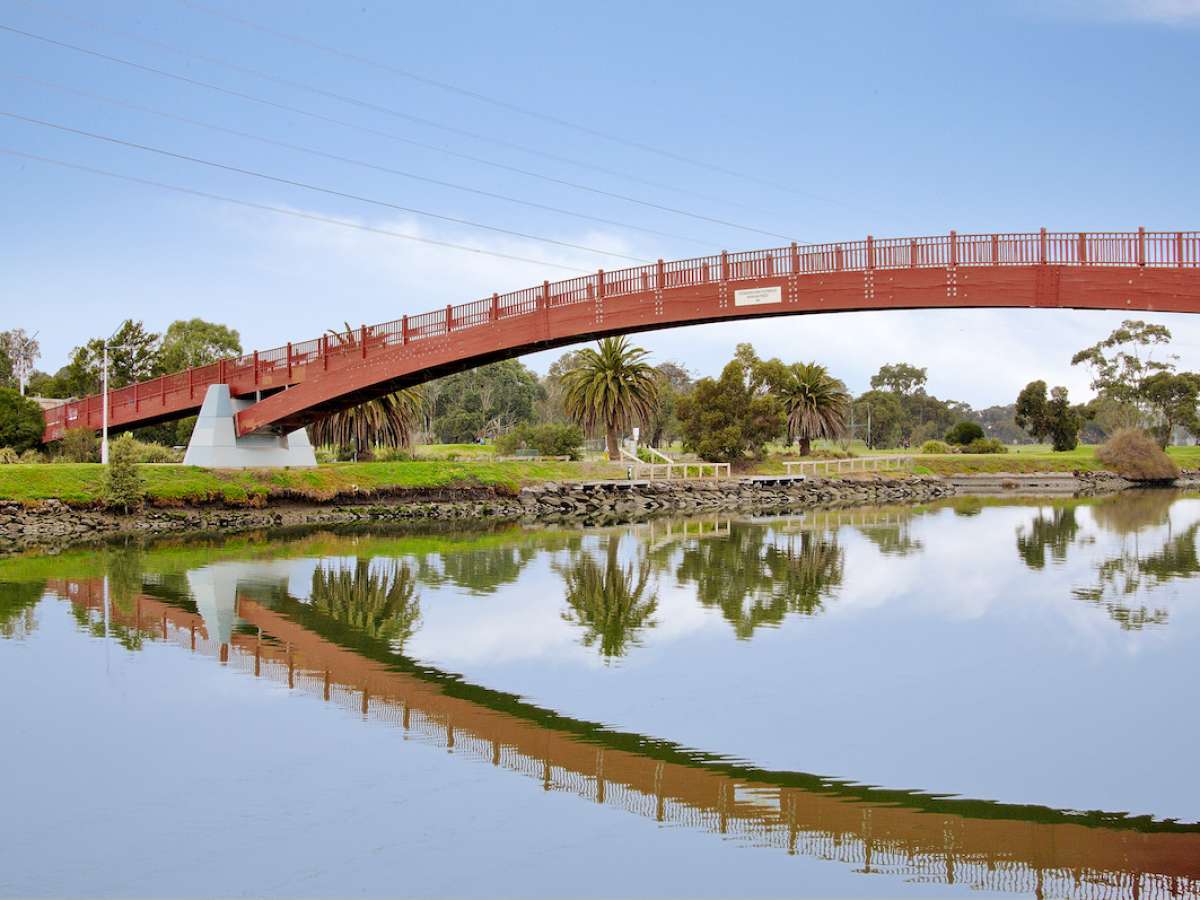 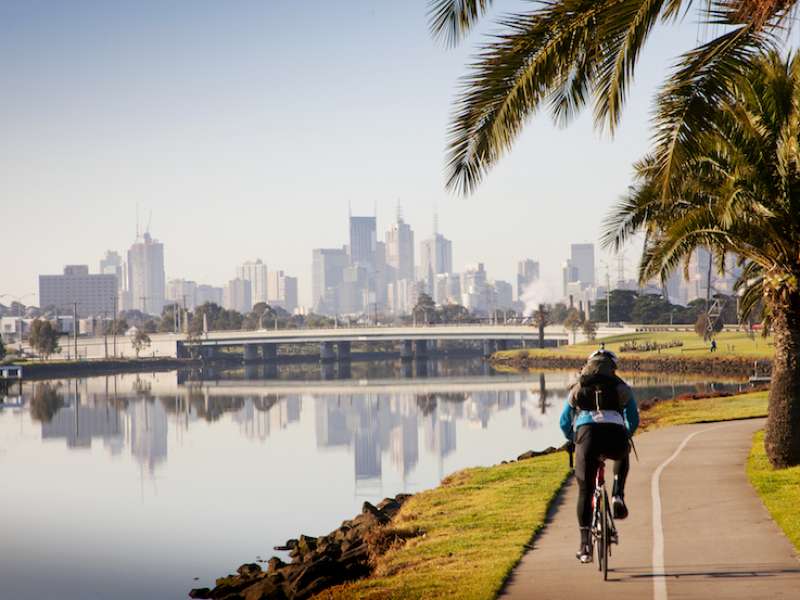 Kensington is the perfect spot for a coffee on the way back from your Maribyrnong River ride and the leafy Bellair St is the place to go. There are a number of options here for your caffeine fix, one of which, The Premises (202 Bellair St.), is run by coffee industry veterans and offers excellent Seven Seeds coffee as well as some tasty homemade cakes. 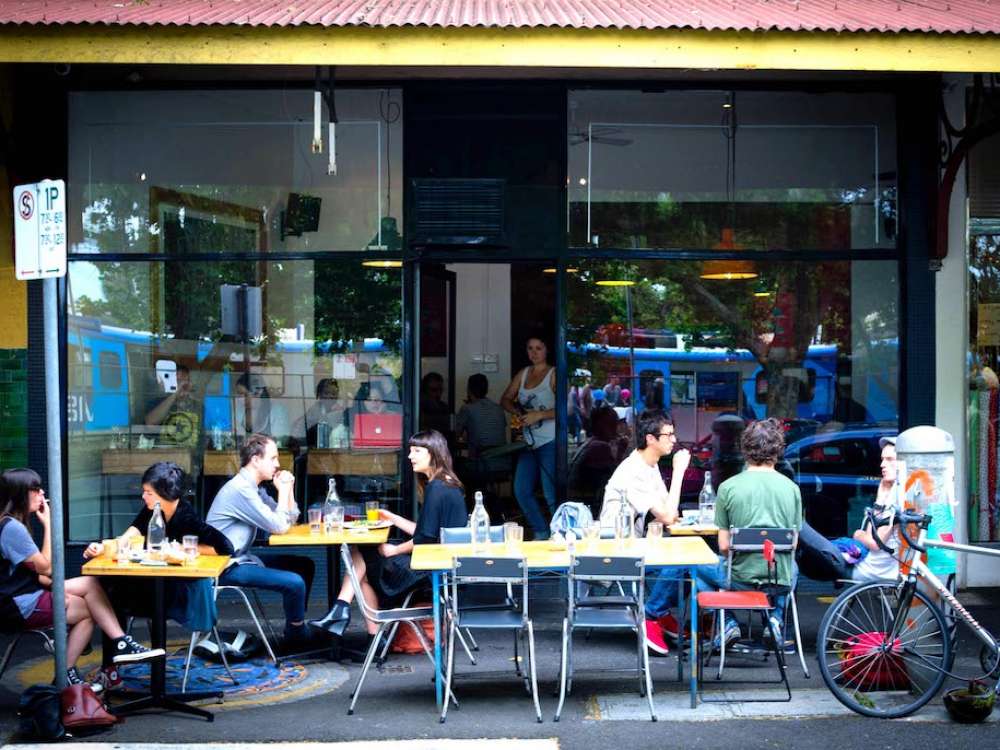 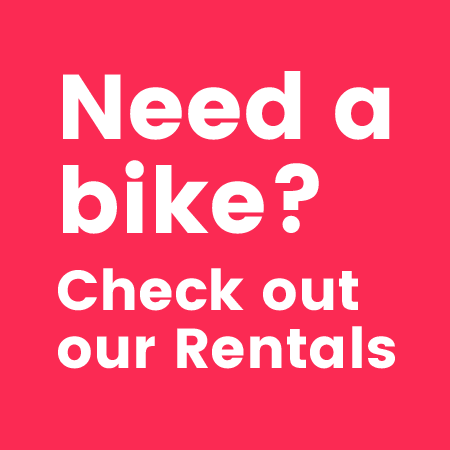